Five financial mini-challenges to whoop your finances into shape

As some of you know, I have entertained an internship in finance for the last nine months at an incubator (also known as a co-working space, similar to WeWork). This past Monday was my last day, and I’m incredibly grateful for the lessons I’ve learned in my work with their accounting team.

My responsibilities included invoicing, credit card reconciliation, and digital expense archiving for the organization and their contributing members. While my work was geared towards examining and recording the monthly expenses of organizations with multiple employees, many of the lessons I learned can be applied on an individual scale to increase one’s financial literacy and saving potential.

As someone with a passion for personal finance, yet with no formal education on the subject, this was and continues to be very exciting. From fashion to finance to fucking, there’s just something about the letter “F” that keeps me inspired. Currently, I am in the process of saving ardently for property, and it has inspired me to employ mini-financial challenges in my day-to-day life. The following challenges can be applied by anyone with a keen interest in reducing their debt, increasing their credit score, and becoming Frugal-As-Fuck. None of the following strategies focus on how to increase your income. Rather, these challenges help you to make the most of your current income. Without further ado, here are five strategies to help you succeed in attainting your financial goals.

END_OF_DOCUMENT_TOKEN_TO_BE_REPLACED

Red is a powerful color. It evokes feelings of warmth, passion, intrigue, and lust. Somewhere around the age of 15, I started a Friday tradition of wearing red lipstick to school. I went to French Catholic school, complete with a uniform and archaic notions of gender performance, where young ladies were expected to be well behaved and docile. I was… for the most part. It’s around this time in my life that I started to discover how much I love vintage fashion and aesthetic, wanting to incorporate it more into my daily life. Hence I donned red lips as a tribute to the iconic, beautiful starlets of the late 1930’s onwards.

What I noticed shortly thereafter starting this red lipstick weekly ritual is that both teachers and students alike took notice and complimented me, and paid more attention to what I had to share. I was also becoming more involved in student council and volunteer initiatives at this time. Having a trademark look made it easy to recognize and approach me, and I would be lying if I didn’t love the attention. I’ve always been rather academic (read: total nerd, library rat) and to feel attractive in the eyes of others was a huge boost. In a world where the uniform did everything in its power to create an egalitarian environment, it would also qualm the individuality of the students. I took a lot of joy in having a small act of defiance that I could work in amongst the rules of our dress code.

END_OF_DOCUMENT_TOKEN_TO_BE_REPLACED

A comparative analysis between shopping for lingerie and selecting an escort

I’ve always had difficulty coming to terms with the concept of retail therapy. As someone who is conscious of my consumption, I generally opt for services when I am in need of a little boost, be it a delicious meal or a relaxation massage. However, when I do go shopping for possessions, my favourite way of indulging my urge to spend is by investing in good lingerie.

What makes for good lingerie? It is entirely up to you- the consumer. While some might argue that it is the price, and others the style, I believe that ultimately, it is the experience that you take away from the affair. Let me show you what I mean by walking you through some of my experiences, and drawing similarities to how one would go about hiring an escort for themselves while navigating the different styles of providers.

END_OF_DOCUMENT_TOKEN_TO_BE_REPLACED 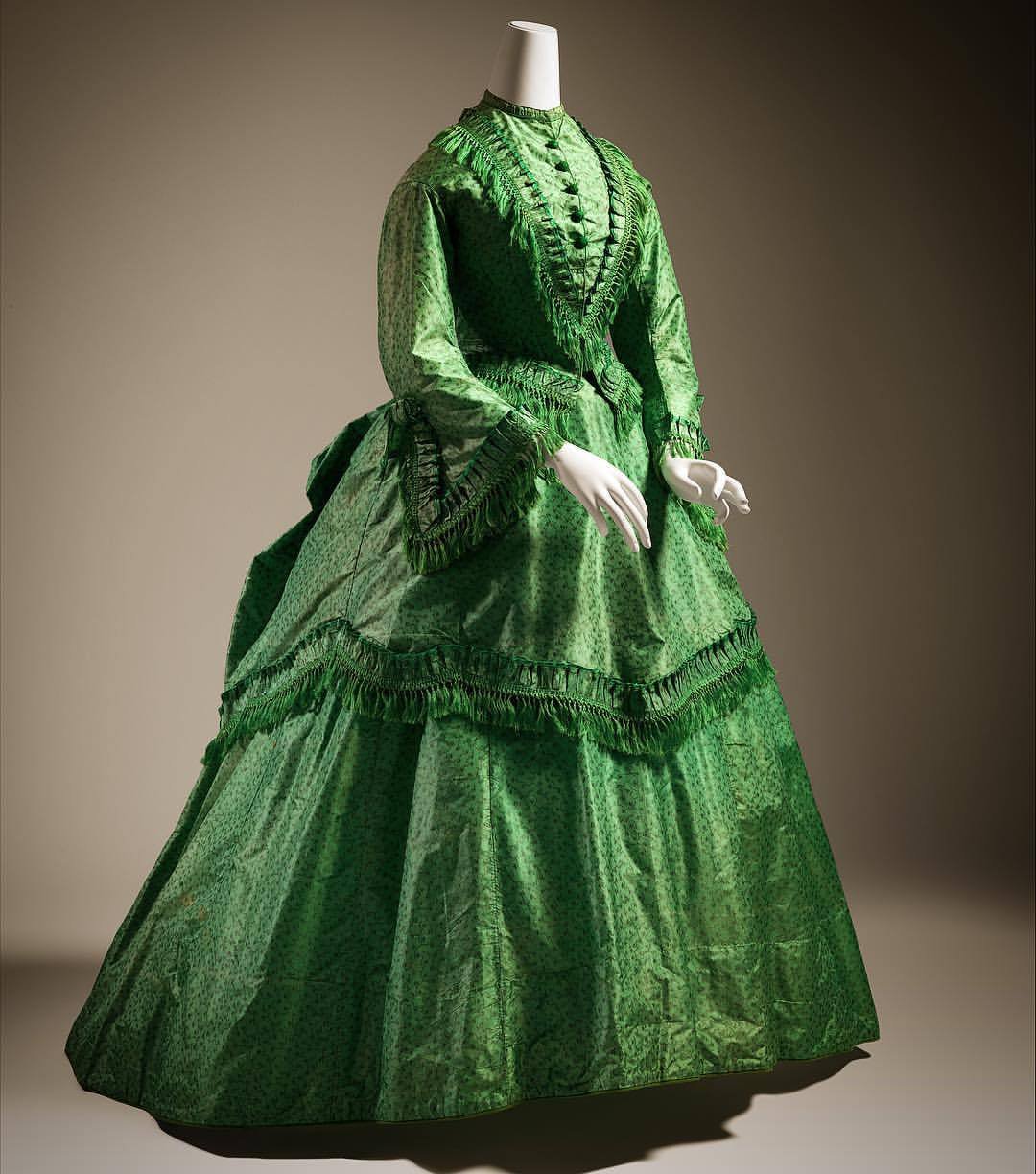 END_OF_DOCUMENT_TOKEN_TO_BE_REPLACED

I’ve been in Italy for nearly three weeks. Currently, I’m sipping my umpteenth cappuccino, and ardently people watching. Venice, a romantic backdrop if there ever was one, has inspired me to write a little something about what’s hot and what’s not when it comes to meeting an escort.

Getting ready for a date is often half of the excitement itself! Whoever you are, one thing is for sure: you are human. You crave excitement, intimacy, and connection. Perhaps you’re a little jittery or even a little unsure. But one thing is certain: you’ve decided to treat yourself to one of the most gratifying experiences one can have. You’re planning to meet a professional lover.

So, what do you wear? Let’s start with a few questions to guide you while getting ready for your adventure.

END_OF_DOCUMENT_TOKEN_TO_BE_REPLACED

Fashion tips and tricks to get the most out of your style.

Every day, you open your closet and write a story. You start with the foundation: the underthings that lie closest to your skin, which caress your intimate areas. Next, you choose what the majority of the world will see: your outfit. Now, it may vary day to day, depending on what lies ahead. As an investment banker, you choose the power suit that fits you well and conveys an aura of confidence. As a teacher, you choose welcoming attire that conveys trustworthiness, and approachability. As someone in sales, you choose what you know will resonate with your customer. As a seductress, you choose what looks ravishing and feels amazing. Then, you slip your feet into your shoes, the ones that carry you through your travels, followed by accessories that put the finishing touches on your ensemble.

Your style informs the rest of the world in subtle ways. You are telling your story, and it all starts with your closet. So how do you get the most of your story? While narratives may differ, here are some simple tips and tricks on how to express yourself with gusto, from my own experience in fashion design. Let’s start with 5 principles to keep it short and sweet while keeping your style en pointe.

END_OF_DOCUMENT_TOKEN_TO_BE_REPLACED

Answers to escorting FAQ and examining a real-time instance of whore-phobia.

In late August, as I was preparing for a tour to Ottawa, I received a rather offensive email, seemingly out of the blue. It went something like this:

This, understandably, upset me. I was going about with my day, completing necessary tasks to prepare for a tour, including planning travel, accommodations, advertising and building a schedule, only to be interrupted by a disgruntled stranger. However, this email got me to thinking-why is it exactly that society seems to think that my work is incredibly easy and that escorts are “lazy”? This couldn’t be further from the truth, so to clarify some misconceptions, I’ve decided to answer some common, if not intrusive, questions.

END_OF_DOCUMENT_TOKEN_TO_BE_REPLACED

How to Support a Sex-Worker You Love

As a newbie escort still testing the waters, I find it sometimes difficult or just plain awkward interacting with people that I love who are not (or who are no longer) active sex-workers, or put simply: civilians. And yet, sex workers like myself are not that different from civilians: many of us have friends, family, partners, and a constellation of intimates- in short, we have people for whom we care deeply and who provide support in one way or another, especially emotional support.

Just like everyone in this world, I crave love, support and encouragement- just like how all of us seek reassurance that we are choosing career paths that are good for us- yet there is no denying that my profession is unique in that people seem at a loss in how to get over the “sex” aspect of what I do. This is why I’m sharing some advice on how I would love to be supported in my work, by those whom I love. This guidelines are simply that: open to interpretation and adaptation to suit your own particular needs, whether you’re a fellow sex worker, a hobbyist, or someone who cares for a sex worker.

END_OF_DOCUMENT_TOKEN_TO_BE_REPLACED

Vivienne had just left a position working at a nightclub and was looking for work. Still quite young and naïve, Vivienne wasn’t quite ready to go full swing into companionship, but she did want to work in something related to her greatest passion: sexuality. After hearing that a friend of hers was about to quit her job at a local sex toy shop, Viv jumped on the opportunity and sent in her resume. Within a couple days, she was called in for an interview. Lucky girl- she was hired on the spot and started working a week later.

Although Vivienne was excited to be working in her field, she had forgotten one small, but very important detail: it was a retail position. Vivienne had learned through a miserable experience at the age of 17 that she hated working in retail. “This time, it’ll be different,” she thought, as she giddily organized vibrators, cockrings, massage candles and lingerie in the little shop. All in all, the work was interesting enough- she got to meet new people, and secretly took pride that she had a role in their soon to come orgasms. Soon enough, though, the shifts started to wear on her, knowing that all of these people got to go home and try out their new toys the moment they left the shop. Poor Vivienne was stuck in the shop, surrounded by toys, and not able to play. A particularly cruel form of torture for Vivienne, the imaginative yet impatient hedonist that she is.

END_OF_DOCUMENT_TOKEN_TO_BE_REPLACED

What goes on in those stacks?